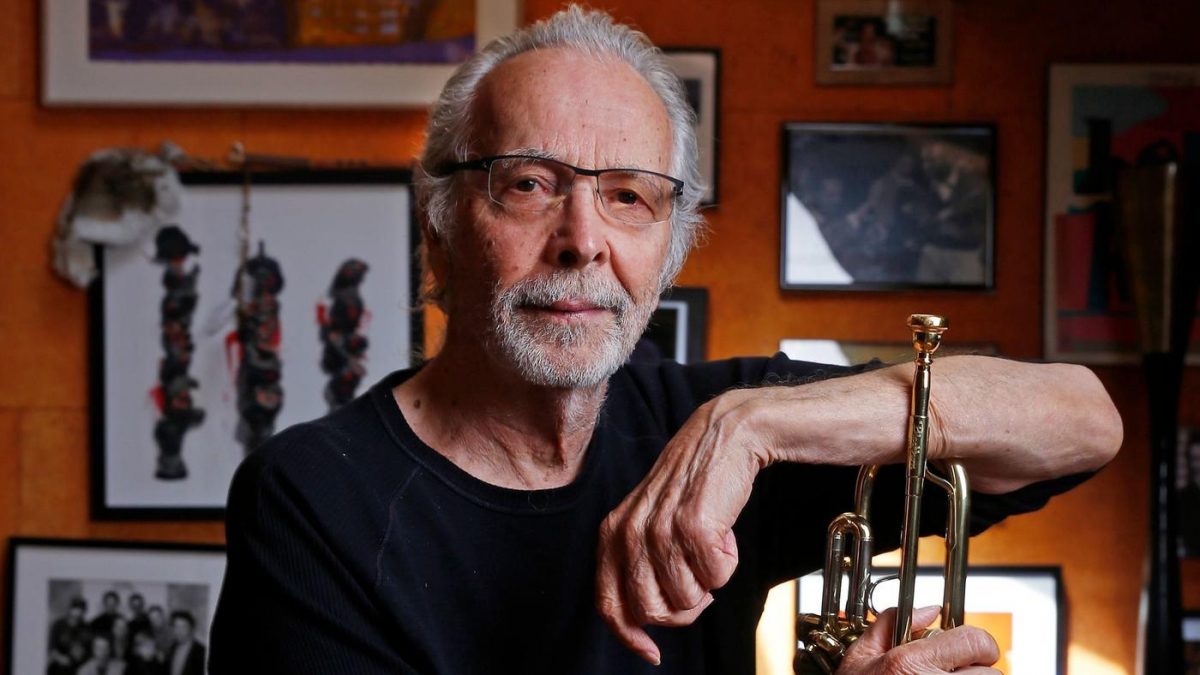 While walking from his sculpture and painting studios to his recording studio on a typically Pacific-breezy afternoon, trumpeter, A&M Records co-founder and philanthropist Herb Alpert paused to describe his first brush with a horn.

It was at a music appreciation class when he was a kid, Alpert, 82, said during a tour of his oceanfront Malibu property. He arrived to find a table full of instruments, including a trumpet.

“As soon as I started to make a noise that made sense, man, this trumpet was talking for me,” Alpert says, passing a dozen of his column-sized, totemic sculptures. “It was saying things I couldn’t get out of my mouth.”