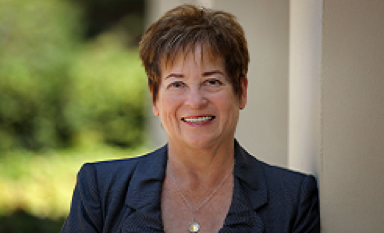 Judith Smith has been appointed founding dean of The UCLA Herb Alpert School of Music, UCLA’s newest school and the first school of music to be established in the University of California system. She will assume leadership on March 1, 2017.

Smith, who served as UCLA’s first dean and vice provost for undergraduate education, among her other leadership roles on campus, has been the school of music’s interim dean since January 2016, when the UC regents voted to formally establish the school.

The school, which was originally created in 2007 with a $30 million gift from the Herb Alpert Foundation, sets a new standard for 21st century music schools by balancing performance and scholarship, and by embracing classical western music, world music and jazz, and popular contemporary music. With more than 450 undergraduate and graduate students, The UCLA Herb Alpert School of Music offers bachelor’s, master’s, and doctoral degrees through its three independent but complementary departments. The school also partners with The Thelonious Monk Institute of Jazz to offer a tuition-free two-year master’s degree program.

“From the time Judi Smith stepped into her role as Executive Director of the Herb Alpert School of Music she has made significant contributions, including establishing a sound infrastructure and transforming the school into one of the highest performing schools of music in the country. It has been a pleasure to work with Judi. She is a strong and greatly respected leader and we are grateful she will continue to lead the school for the next two years as its Founding Dean,” said Rona Sebastian, President of the Herb Alpert Foundation.

The deanship is the latest leadership post Smith has taken on during her career at UCLA, which began in 1969 when she became an assistant professor of physiological science. Over the subsequent 42 years, she served as chair of her department (1980-85), chair of the UCLA Academic Senate (1994-95), dean and vice provost for undergraduate education (1996-2012) and chair of the College Cabinet of deans (2009-12).

A winner of the UCLA’s Distinguished Teaching Award in 1973, she remains a dedicated and much-admired teacher. Her research on spinal cord physiology and limb dynamics was continuously funded by the NIH for 27 years. In 1990 she received a Javits Neuroscience Investigator Award for her “exceptional talent, imagination and preeminent scientific achievement.”

Smith also made many important contributions to UCLA’s diversity by initiating partnerships with community colleges, seeking extramural funding for special programs, and establishing new programs to provide opportunities for undergraduates to conduct research and pursue science research careers.
Although Smith is a scientist by training, she has an abiding commitment to the arts and to music in particular. She studied piano for 12 years and then harpsichord as a music minor during her undergraduate years. She also has a great passion for opera.

Smith said, “I am enormously grateful to Chancellor Gene Block and Executive Vice Chancellor and Provost Scott Waugh for their confidence in my leadership, and I look forward to working with them and our faculty to foster an environment that will offer our students unparalleled academic opportunities and to bring our innovative programs the national and international recognition they deserve.”