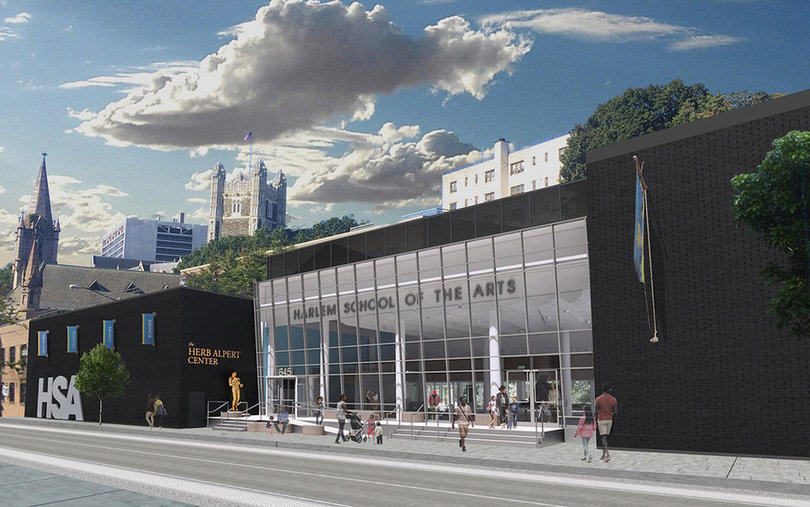 Harlem School of the Arts rendering

The Harlem School of the Arts announced that it is planning a $9.5 million renovation. The institution’s 1970s building will get a new glass facade, a new roof, and new windows. It will also overhaul its cafe, lounge, and garden. Dubbed “The Renaissance Project,” the initiative will be led by Imrey Studio and is estimated to take a year.

The major revamp will be backed by a gift from the Herb Alpert Foundation. “It’s a beautiful school the way it is,” Alpert, the musician, philanthropist, and head of the charitable organization, told the New York Times. “It’s helping a lot of kids and it’s a wonderful environment, but I just want to bring it up to the twenty-first century.”